It is so surreal to think that just two weeks ago I was in Paris, and the next weekend the attack occurred. My heart goes out to everyone there. Paris provided me with the most incredible experiences, with breath taking sites and delicious food. I cannot believe that this city, drenched with love, suddenly became a place of fear and devastation. No matter the political climate of the rest of the world, it is undeniable that what happened in Paris is a tragedy. The lives lost and the people that suffered should not have their sorrows minimized or forgotten just to prove a point. While acknowledging other unfortunate events is important, that should not mean belittling another.

As tribute to possibly the most romantic place I have ever been, let me recount my travels. Honestly, everything about Paris amazed me to such an extent that I would love to return again one day; preferably not by myself. Now I actually enjoyed travelling alone. I got the chance to do everything on my own terms, and I can honestly say that doing things my own way lent the best sense of satisfaction. However, whenever I wanted to take a photo or go somewhere, it was ever so slightly saddening that I was by myself.

Rewinding back to November 6th, when I first arrived in Charles de Gaulle airport. With only my backpack and handbag, I nervously hailed a Taxi, doing my best to mask my trepidation at travelling alone. After an awkward encounter with the driver, due to my lack of French and his lack of English, we finally reached a consensus on where he would drop me off, and the drive to my hostel began.

The nearly one hour car journey frustrated me greatly. Being the overly prepared person that I am, I of course looked up the route from the airport to my hostel ahead of time, so I could be familiar with where I was and how long it would take. The estimated thirty minute journey dragged on to twice the amount, as the driver took advantage of my supposed nativity, and went a roundabout way to jack up the fee I would pay. Fuming, all I could do was sit quietly and watch the rate climb up, as I did not know how to call him out in French, and when I tried to tell him “I know what you’re doing” in English, he pretended not to understand. Angrily handing over nearly seventy euros, I left the cab and walked into my hostel.

My first impression of the hostel was good. It looked just like the pictures online, which originally sold me on the simple, but clean and somewhat classy, decor. I checked in at the front desk, and then proceeded up a creaky staircase to my room. I was pleasantly surprised to  discover, despite having paid for an eight person room, I was in one with only four. The room was pitch black, and two of my three roommates slept peacefully in their beds. Trying my best to be quiet, I climbed up into my top bunk bed, put on my pyjamas, and went to bed so as to rest up for a full day of adventuring tomorrow.

Saturday morning I awoke around 6:30am, too excited to sleep any longer. I hastily, but quietly, got ready and strolled downstairs to enjoy the lovely free “French” breakfast my hostel provided. Enjoying some sweet bread, cereal, and the biggest cup of coffee I had ever seen, I eagerly planned my day with a city map given to me when I checked in. My happy planning was rudely disrupted, when a random man approached me and asked if he could sit at my table in broken English. Disguising my irritation, I nodded, hoping it would mean he would simply eat and I could continue to plan in peace. I was mistaken, for he continued to ask me questions about who I was, where I was from, where I was going… etc… etc… Deciding to be a smart solo female traveller, I answered his questions as vaguely as possible, even giving a fake name. I became Anna, a student from Scotland on holiday for the weekend; I even somehow managed to pull an accurate enough Scottish accent that he believed my lies. This strange man started asking if I wanted him to show me around and see the real Paris, making me even more uncomfortable – why was a native Parisian staying in a hostel. Realizing this was one of the people the travelling blogs had warned me about, I quickly said that I had French friends I was visiting, and that would be expecting me shortly. Gathering my things, I left without saying another word, and decided to screw the planning, and set out to the streets and see what I would find.

The first thing was the Louvre. Literally across the street from my hostel, I spent the first four hours of my Saturday walking around the museum. The exhibits were beautiful, and I was so impressed by many of the displays. I even got the chance to view the Mona Lisa, which as an underwhelming experience. I know it is supposed to be an incredible painting, but I never did quite understand its appeal. The statue of Cupid and Psyche, staring at it for a solid ten minutes before finally pulling myself away to look at other things. I don’t know why I found it so enthralling, but it made a large enough impression on me to buy a postcard of it. 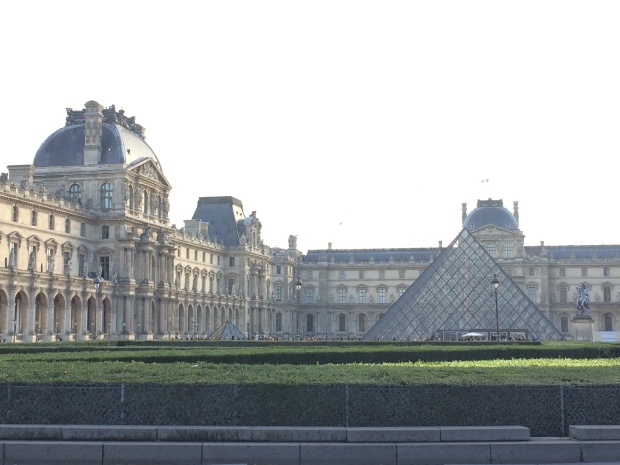 After the Louvre, my stomach guided me to a random Café where I purchased the most delicious baguette. I scarfed it down, and then discretely pulled out my map to try and make my way to Notre Dame.  My efforts and sense of direction were futile, and twenty minutes of aimless wandering later I realized I was never going to find it like this. However, with what seemed like fate, I found myself directly in front of a tour bus information centre. Deciding the safety and convenience of travelling by bus was well worth the money for a two day pass, I soon found myself staring in awe at views of Paris from the top of a double decker. I highly recommend that anyone travelling alone should seriously consider exploring by bus. It is easy, safe, and convenient. This bus took me to every place I wanted to go, and since it was hop on- hop off, I could explore them all as well. Since I bought a two day pass, I divided up the sites. The first day I visited Notre Dame, explored le Marais, was fascinated by the lock bridge, and took selfies with the Eiffel Tower. I had so much fun. My spirit felt revived, not just from the satisfaction of scenery, but also from the fact it was sunny! 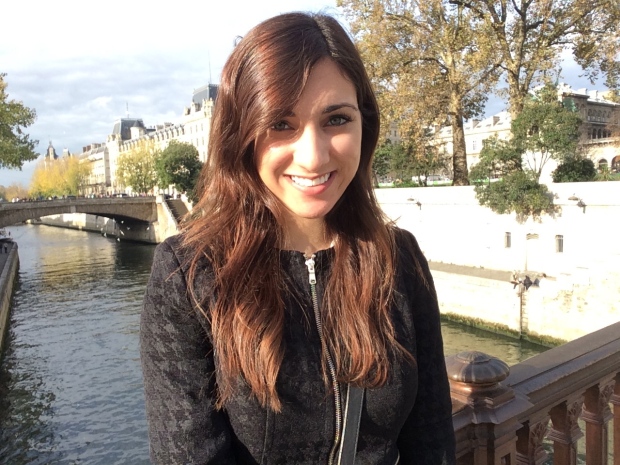 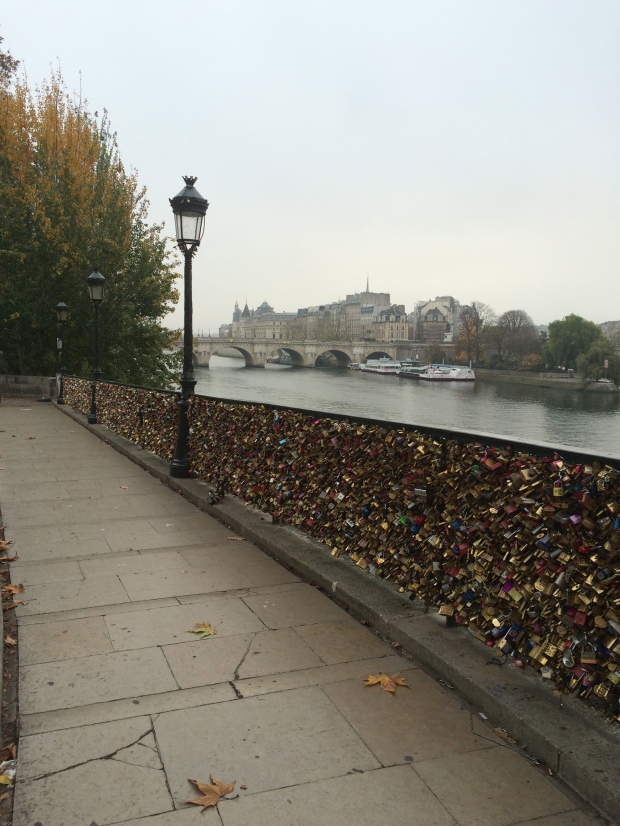 My first day of site seeing ended at the Eiffel Tower, where I ate the most delicious Nutella crepe, and then proceeded to find a Starbucks so I could charge my dying phone. Thirty minutes and a full battery later, I hailed a Taxi to continue my first day with Cirque du Soileil. I felt so grown up watching the show by myself; like a classy independent business woman. I probably looked hardly as such, with my popcorn and backpack, but the sentiment was still there. The show was incredible, and I had the most amazing time. After nervously taking the metro back to my hostel, as I could not find a cab, I cozied up in my pyjamas, resting up for another full day. 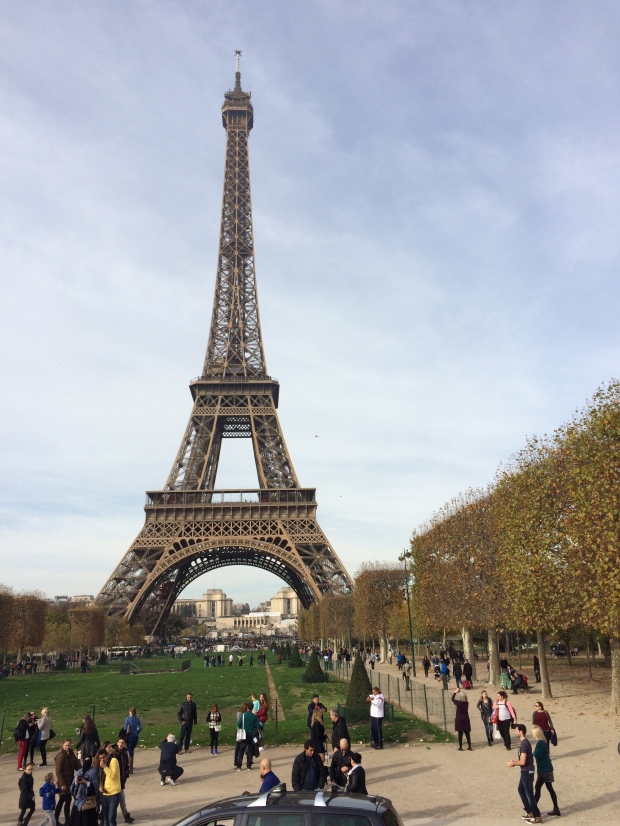 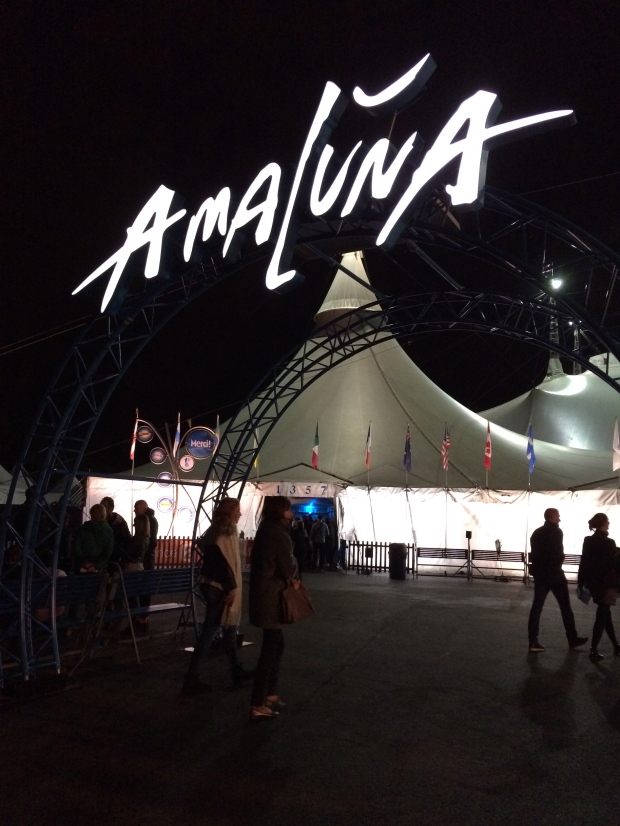 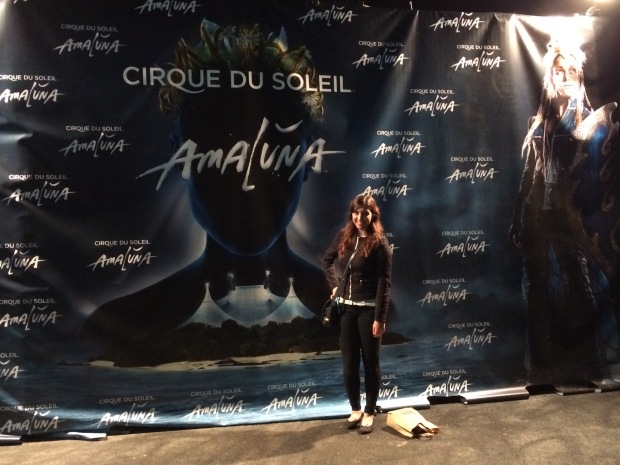 Sunday morning I once again awoke ready for an exciting day. I quickly got ready, popped down for breakfast, and then packed up all my things. Since I had to check out of the hostel at 9am, but my flight didn’t leave until the evening, the day would involve walking around with all my things. Since I only had a backpack and a small handbag, I wasn’t too worried. I placed a small lock on my backpack zipper to make sure no pick pockets could access anything, and then trekked back to the bus station to see the other half of things.

Day two of my bus adventures consisted of the Arc du Triomphe, the famous shopping avenue I forgot the name of, les Invalides, Moulin Rouge, and Sacre Couer. Just as fun as the second day, I once again fell in love with Paris. Cruising around on the bus, I felt so content with life. I didn’t even feel the need to get off at some points, perfectly happy to enjoy another day of sunshine and look at beautiful views of the city. 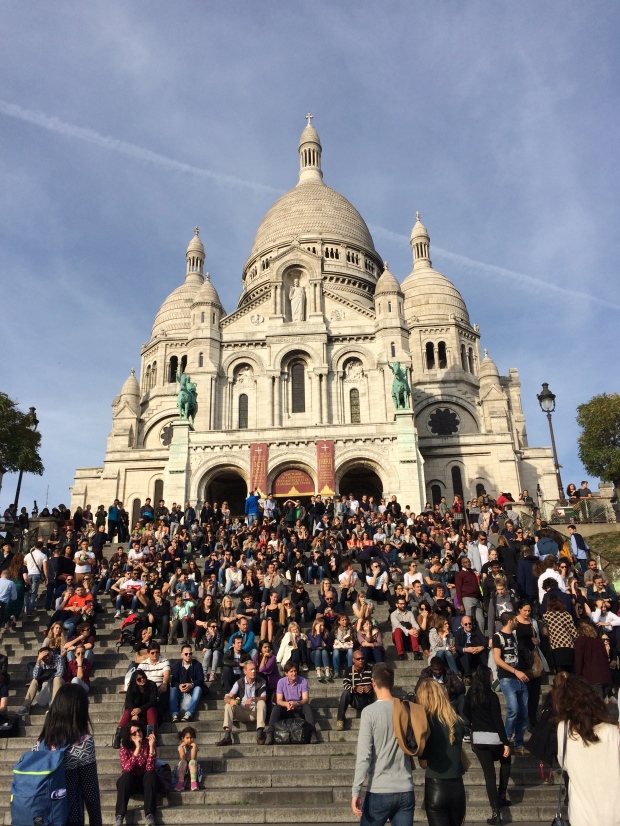 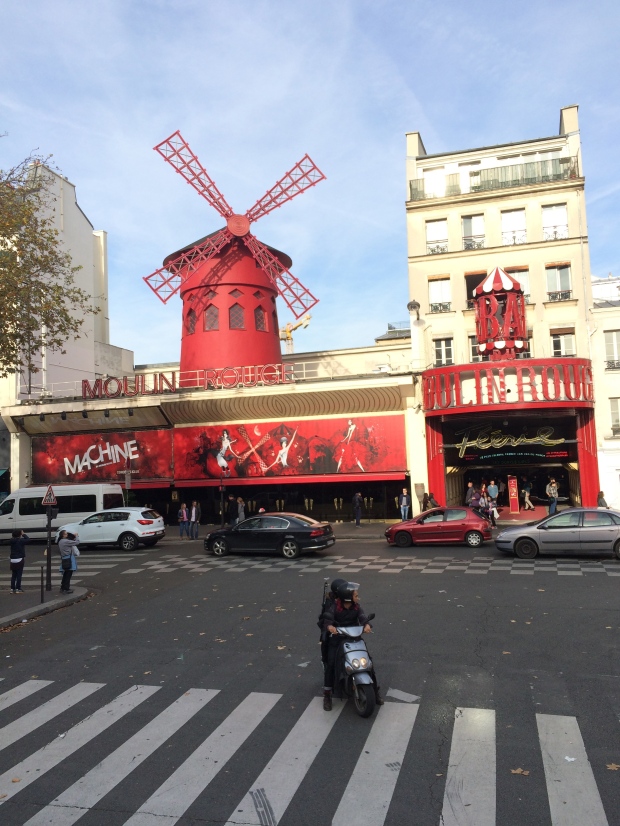 Around 5pm, I called a cab and made the journey to Charles de Gaulle airport once more. After completing all the necessary security checks, I roamed about the airport with bittersweet emotions. My time travelling alone in Paris was incredible and the thought of it coming to a close was truly saddening. However it was time to return to the Athens of the North, and resume my Parliamentary duties.