I found a second home in Amsterdam. From the moment I caught my first glimpse at the city, driving through the dimly lit streets on a Friday night, I knew. Not only did the entire city look exactly how I pictured it to from watching House Hunters International, but the atmosphere of it felt eerily familiar as well. Despite having never ventured to this Dutch land, as I wandered the city, I felt as though I had been there my whole life; with the exception that I kept getting lost whenever I tried to look for a museum.

My first day in Amsterdam consisted of exploring. I made the two mile trek from my hostel to central station, where I bought a map and a city guide and set out to seeing as many things I could in my allotted two day adventure. Setting out on my quest, I started my day with a visit to Amsterdam’s only windmill. I was blown away by it, intrigued by its look and overall style. After taking a sufficient amount of photos with it, I proceeded on.

Walking down through the old town, I found a bustling city centre. Street performers and vendors crowded the square, and even a few men selling bird feed roamed about, creating the interesting image of tourists taking selfies with pigeons perched on their arm. Terrifying? Yes, but also hilarious. Old town presented beautiful buildings and architecture, just as you would imagine it to.

Continuing down through the city, I stumbled across a China Town, which confirmed my lingering suspicion that Amsterdam and San Francisco were strangely alike. I felt even more at home as I wandered about the shops, finding all the same things I would back at home, but of course with a Dutch spin on things.

Perhaps the most fun event of the day occurred around 4pm, when I discovered the Floating Flower Market. A place screaming of spring in the middle of fall, tulips and other flowers were everywhere. The whole area was overwhelming cheery, and it definitely helped the fact that it was raining profusely. After taking some pictures with the tulips and even buying a few bulbs for myself, I decided it was time to both eat and escape the rain. I found a Starbucks around the corner, and after getting cosy with a Gingerbread Latte and a cookie, I mooched off the outlets and free Wi-Fi for an hour or so. 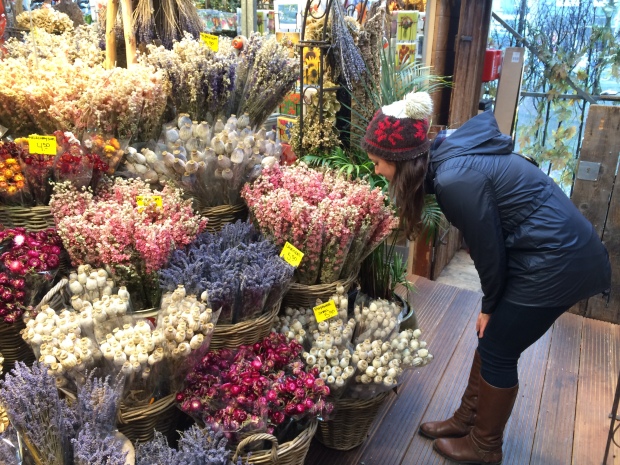 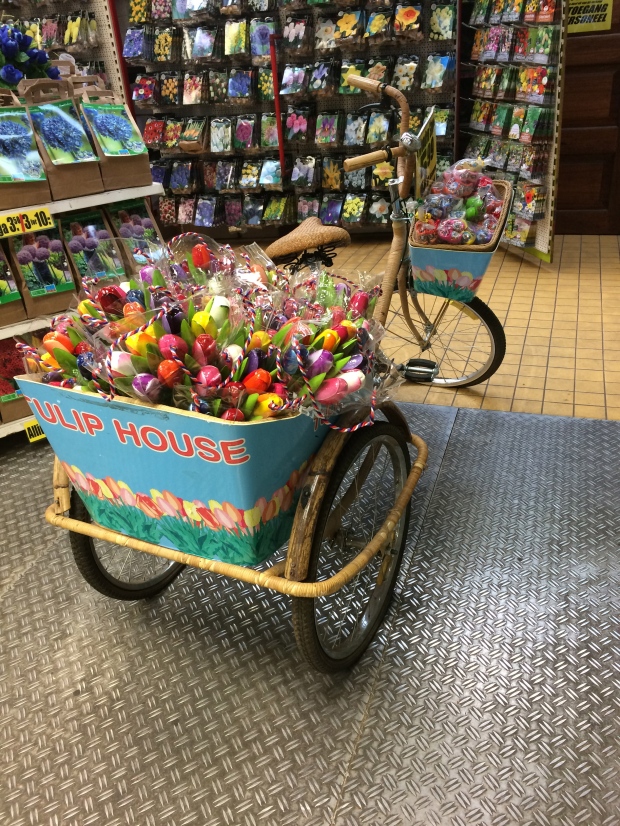 Later in the evening, I ventured back to the Jordan district to pay a visit to the Anne Frank House. I did not originally plan to visit, however when my hostel offered me an extra ticket the day before, I felt as though I could not refuse the offer. I am so glad that I took advantage of that opportunity. If ever you, dear reader, find yourself in Amsterdam, it is definitely worth the money, the wait in line; everything. There is something eerie and haunting about walking through the house. It is completely empty, no furniture remains. However, just knowing what took place in its walls is enough to create the most powerful and emotionally moving sensation. It makes a person, who previously only existed in a middle school required reading, suddenly very, very real. I was moved, nearly to tears, when I saw the markings on the walls where Anne had tracked her growth during the period she lived in hiding. She was taller than me. I am still not sure why this one fact had such a large impact on me, but it did. When I left the house, the powerful words of Otto Frank rang in my ears “I was on such good terms with Anne, but her diary still shocked me….Parents can never truly know their children.”

With the events of the day proving truly exhausting, I made a final stop at a Dutch pancake house before retiring to my hostel for the evening. Feeling slightly lame, turning in at 9:30pm while the other young people were just leaving for a night on the town, I couldn’t care enough to drag myself out of my pajamas.

The following day, another excursion commenced. However this one proved slightly futile. With a goal of making a trip to the Van Gogh museum, I set out with my map and city guide.

After an hour of walking, I realized I had only made a circle. Frustrated, I took a short break to roam about a flea market and munch on a waffle before trying again. However my efforts were in vain, for after another three hours of walking around, I could only confirm that I was not going to get the chance to visit the museum today.

Cutting my losses, I opted to make the most of my final hours in Amsterdam. Taking selfies with canals, and walking around the shops, I bought souvenirs, ate yummy snacks, and took as many photos as I could.

Amsterdam gave me the most amazing weekend. Despite the fact that it was not the most exciting or most beautiful place I had ever been, there was something perfect and right about this city. It made sense to me.

Vowing to one day return to this Dutch version of San Francisco, I left Amsterdam for Edinburgh, ready to finish the final weeks of my internship. With now only three weeks to go, the European tales of this travelsmith will soon be over. But the desire to travel and explore will always remain, and be catered to at a later day once again.