My heart pounded so hard I thought it would burst out of my chest. I could feel my palms growing cold with sweat, and my feet suddenly refused to move and remained anchored to the jungle floor. A wave of shock and disbelief washed over me, and I tried desperately to grasp hold of some remnant of reality in this new, dream-like world. Everyone around me seemed frozen in similar states of awe and incredulity, mouths gaping open with nothing but weak air pouring out; all staring in complete bewilderment at the creature in front of us: an elephant. 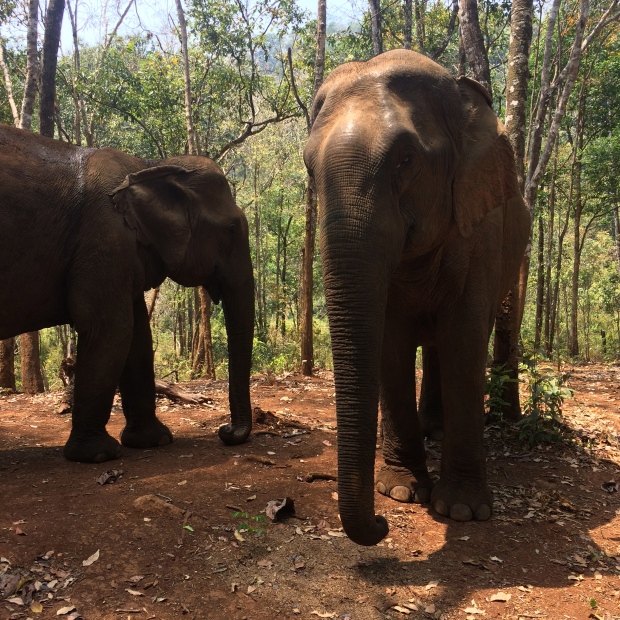 The way we all gawked and approached it doubtfully, it might as well be a dragon or some other fantastical animal standing no more than a few feet away. I felt a surge of uncertainty course throughout my body, almost tempting me to run away. Then just as suddenly as the elephant appeared, my childish excitement and love for these magnificent beings returned, and my face broke into a foolish and wide smile.

If someone told me that at some point in my lifetime I would be face to face with an elephant, I would not have doubted it. Since third grade, and possibly before though I don’t remember, I obsessed over them. Any classroom report or assignment, or even drawing, related to animals prompted me to spend hours researching elephants. I knew what they liked to eat, where they lived, the different breeds, life spans, and mannerisms. For years, my room collected dust from shelves and dressers covered in random elephant themed toys and nicknacks, courtesy of my obsessive and somewhat frivolous “elephant collection.” I spent hours practicing and perfecting my ability to micmic an elephant sound, priding myself on it and demonstrating it to my friends and classmates.

Elephants fascinated me. Why though, I am not sure. Though interesting, they were not a particularly cute animal that would attract the attention of an adolescent girl. Nor were they as popular as other exotic animals like cheetahs or dolphins; favorites among many of my classmates. However there was something about their habits that drew me in and caused me to read about them for hours. Their need for communication and closeness with each other, the debated ability to feel emotions, the myth that “an elephant never forgets;” there was something about them that captivated my attention.

When I learned about the opportunity to not just see, but really interact with an elephant in Mondulkiri, Cambodia, I knew I would go. For years I toyed with the idea of one day going on an African Safari to hopefully catch a glimpse of one. Now the chance to be face to face with an elephant was within reach, and I grasped for it. Carefully planning a trip to Mondulkiri for a weekend with some volunteer friends, I eagerly waited for my childhood dreams (obsessions) to come true.

However, on the bumpy and hellish six hour bus ride to Mondulkiri, a pit of anxiety grew and twisted in my stomach. I would be staying in the “jungle” for three days and two nights, sleeping in what essentially looked like a tree house cabin, and not in the glamorous way. There would be insects, a higher risk of malaria, and who knows what else. I nervously forced crackers and pieces of dried mango down my throat while these thoughts swam and festered in my mind. Seeing an elephant seemed like a dream come true at the time, but what would reality hold.  After being friendlily teased that I would be the one to freak out and refuse to get near the elephant, doubt and horror consumed me. Could I really handle touching an elephant? Dogs too often frightened me; what the hell would I do with a ten thousand pound beast?

I pushed the thoughts out of my mind temporarily, drowning out the uneasy feeling in my stomach with sugary road snacks until we arrived in Mondulkiri. All too excited to get off the demon bus, Rebecca, Laura, Elena, and I began the short trek to our accommodation. 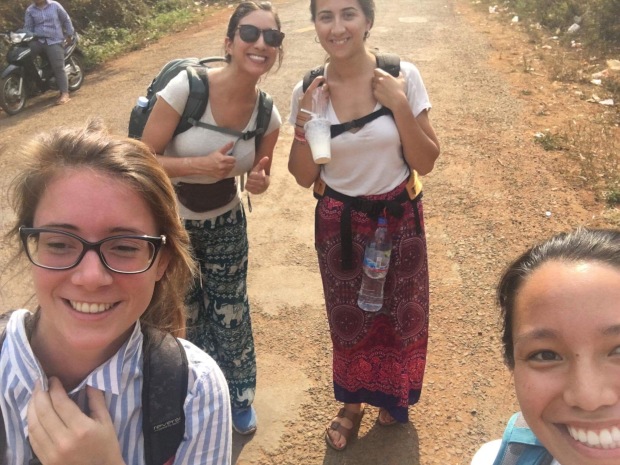 When we arrived, I instantly felt foolish for wondering how I would “survive” in the supposedly basic room. Our rooms were not as lavish as say the tree houses at Chewton Glen, but they looked incredible and made me feel almost like I was living a very weak enactment of The Swiss Family Robinsons. No doubt about it, I would not just survive but thrive in this beautiful bungalow. The entire atmosphere at the Nature Lodge, our accomodation, complimented our stay in Mondulkiri. It’s treehouse environment, secludedness, horses and cows roaming about the property; everything about it tied with closer with the nature and outdoors, a welcomed difference after the parties and chaos of weekends past. 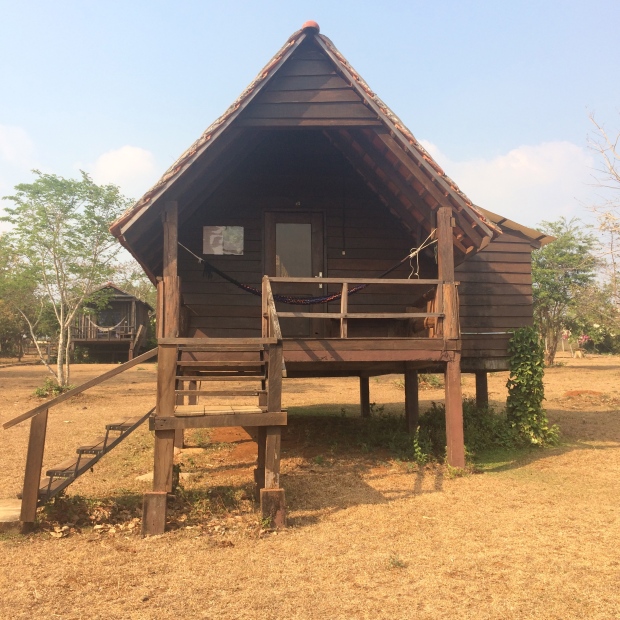 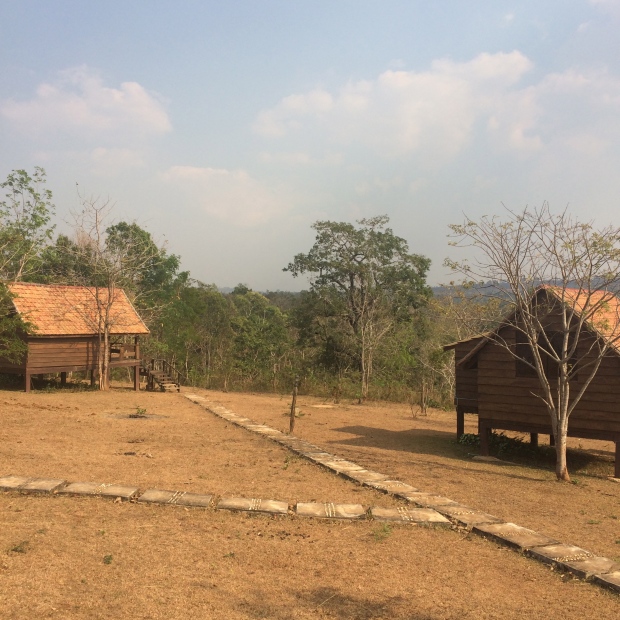 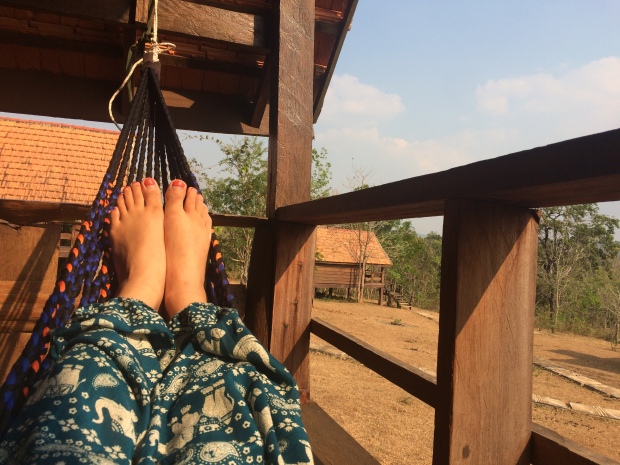 But even after an afternoon of tranquility and a good night’s sleep, I awoke the next morning with my stomach in knots. I dressed, packed my bag, ate breakfast, and waited, a mess of nerves, for our guide to pick us up and begin our adventure.

I was happy and excited, no doubt about that, as we rode in the bed of a truck up a winding and dusty road. My face was full of smiles and laughs as we trekked deeper into the jungle to meet the founder of the project and learn more about what the Mondulkiri Project was all about. I listened intently and politely, as he explained his desires to prevent elephants from being forced in labor that broke their spirits and caused them to die young. I admired his determinism and innovation as he shared he also wanted to use the project to build tourism in Mondulkiri, to help the people there and bolster the local economy. However, even with all the new information, I still felt uneasy and worried; the fear that I would not be able to handle seeing an elephant in real life perverting my thoughts. 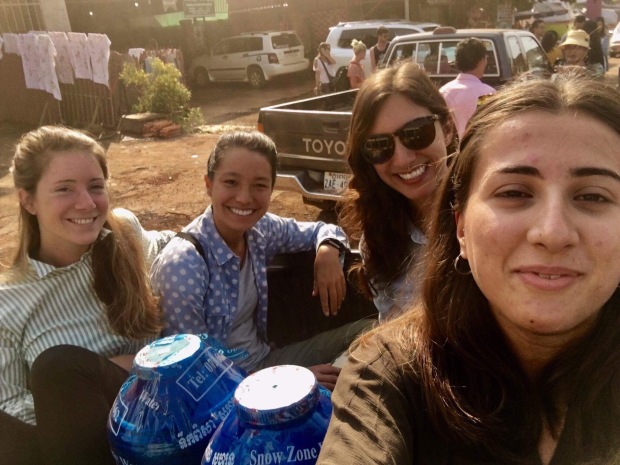 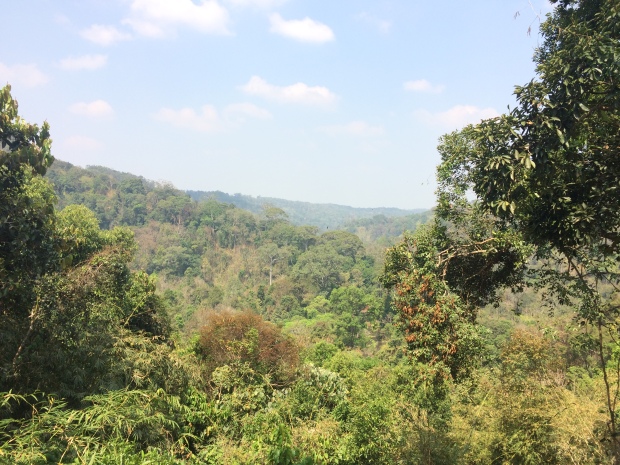 When we suddenly got up to leave and begin the trek down (deeper into the Heart of Darkness reminiscent jungle my worried mind associated it with) and I realized there was no turning back now, I swallowed hard and felt thankful that everyone was sweating from the heat, giving my extreme nervousness a disguise. Holding my portion of bananas, I waited anxiously. And then everything changed.

Upon seeing the elephant, all the fears and anxieties and uncertainties drained from my mind, forced out and replaced by feelings of sheer joy and enthusiasm. I smiled, feeling spellbound and enthralled as I timidly reached out my banana filled hand and carefully placed it into the elephants mouth. Nothing could possibly take away the amount of happiness I felt in that moment, as if it was a gift, my own personal treasure to cherish forever. The high of that moment continued to roll on, as I met a second and a third elephant, each one more friendly and eager to be fed than the last. There was no fear, no worry, as I knew the mannerisms of these creatures. They were typically gentle, not violent unless threatened, and utterly fantastic. 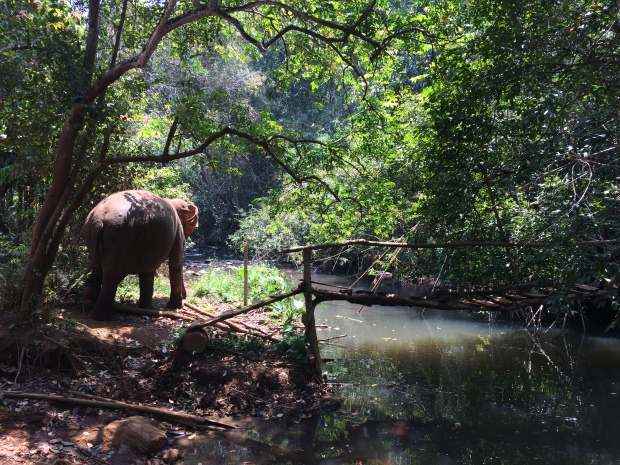 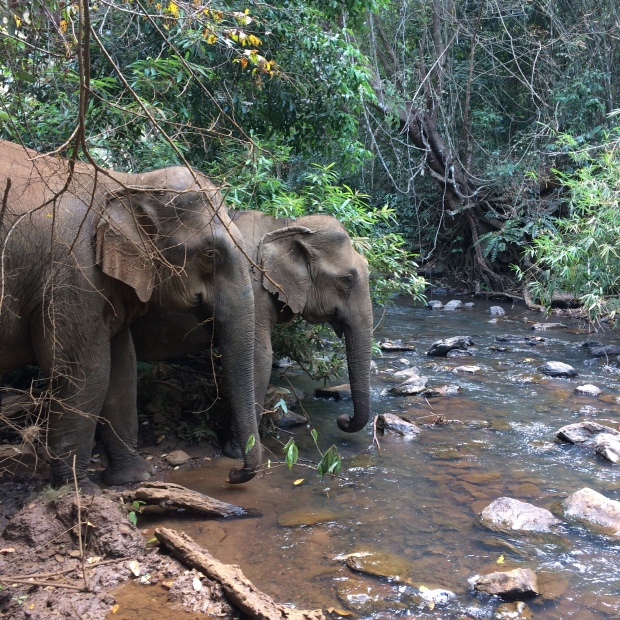 How could I have possibly let so much terror and worry consume my mind before? Now confident and beaming, the prospect of ever being frightened by these animals seemed unnecessarily foolish. Yes they were large and wild beasts, but they were not really beasts at all. They moved with a certain gracefulness despite their thumps, appearing more like whimsical, if giant, dancers rather than monstrous things clamoring about. 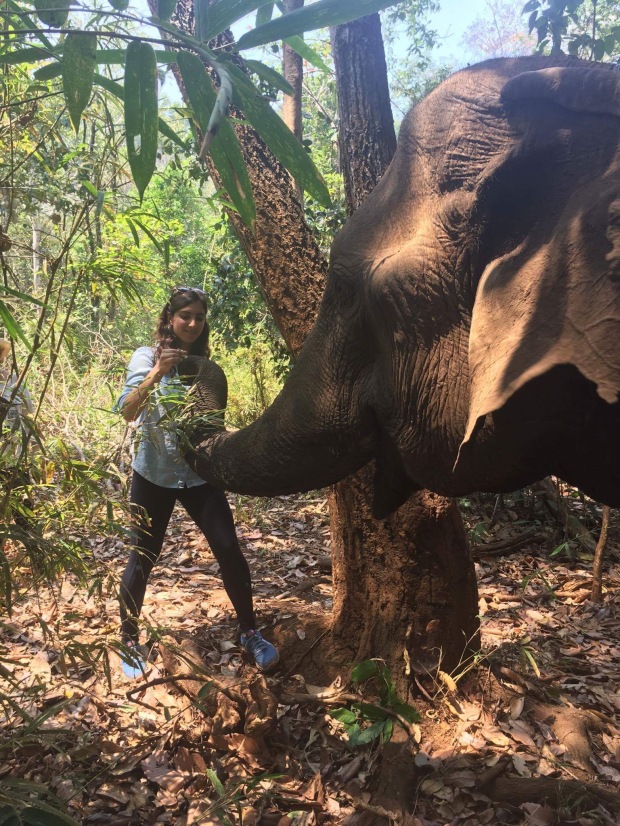 I felt like a character in a movie as we followed the elephants through the trees, and watched them drink water and eat bamboo. I pinched myself, sure I was dreaming, before stepping into a pool of water and watching as the elephants joined us, trunks outstretched for more bananas as we tried in vain to wash them. I was on cloud nine, in heaven, living out my wildest dreams!

When the time came to bid my new friends goodbye, I felt sad but grateful. I had been given the most wonderful gift of an experience, something that I would hold dear in my memories forever. As we rode back along the dusty rode, returning to our accomodation, I knew this would be a day that I, like an elephant, would never forget.

One thought on “The Elephant in the Room”